Roseanna, The Man Who Went Up In Smoke, The Man On The Balcony 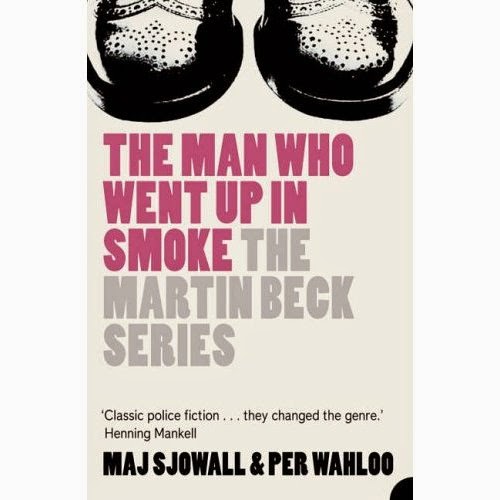 My love of detective stories has been rekindled by the amazing Cuckoo's Calling, and I've had the Martin Beck stories lying in wait on my ebook since October. So I read the first three over the Easter weekend.
In Roseanna, a body is found. Nobody is missing, nobody knows who she is, so how are they supposed to find her killer?
In The Man Who Went Up In Smoke, a journalist has been missing for a couple of weeks, but for some reason the foreign office are involved and want it investigated....quietly.
In The Man On The Balcony, children are being raped and murdered, the city is in uproar, and the police cannot find the killer - every policeman's worst nightmare, I expect.
I love these books. I plan to read the rest over summer. You see the crime and investigation almost solely through the investigator's eyes. There are no first-person murderer narratives jarring into view. If the police don't know, the reader doesn't know (this is slightly deviated from in The Man In The Balcony, but not by much). And I love that, I love seeing it unfold, and trying to guess whodunnit. Unlike a lot of detective stories, the murderer isn't one of a number of suspects dangled before your eyes from page 1. Also, unusually, these books are mostly unconcerned with motive, or justice. Once the criminal is caught, the story ends, pretty abruptly. It is refreshing, and stark. It is pre-DNA, so the forensic examination is generally fingerprints and notes, and waiting for analysis, rather than UV lit sperm at the crime scene.
The Martin Beck stories revolutionised crime writing, and they're quite unlike most modern crime books. But they haven't aged, and have a realism and freshness that I adore.